Anita Campbell from Small Business Trends has an article over at Success Magazine on an interesting business strategy exercise – “Can You Describe Your Business Strategy in Two Words?“

David Armano has a very cool story about the famous Red Swingline from one of my favorite movies, Office Space – “Red Staplers + Happy Accidents“

Wayne Hurlbert has Jory Des Jardins as a guest on his Blog Business Success show. Jory’s thoughts on the solo entrepreneur life are always insightful and on the show tonight, she’ll discuss “Overcoming Solo Entrepreneurship Challenges.” (You should be able to grab it in the archive if you miss it live). This isn’t a blog about blogging. There are plenty of terrific ones already. But blogging and other social media is an important tool for the home-based entrepreneur. In some cases – the most important tool. So periodically, I like to point to some resources for learning about and contributing to the conversphere. Other folks are better equipped to teach this stuff, to I defer to the experts.

Brian Brown from Pajama Market highlights “The most overlooked benefit of business blogging.”

Lee Odden from the Online Marketing Blog demonstrates nicely the importance of having a blog with “No Blog? Missed Opportunity.”

Mike Sansone from Conversations and Wayne Hurlbert from Blog Business World host a 2 hour special roundtable discussion with leading members in the blogosphere – “Nut’s and BlogBolts – A Conversation on Social Media Tools.”

Patrick Schaber from The Lonely Marketer brings us a “Fun Example of a Web Video Marketing Campaign.” 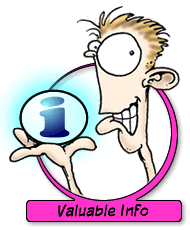 What’s not to love about a cartoonist turned businessperson? Especially, one who’s an undisputed marketing genius? No, not me (but thanks for the 2 of you who thought that), but Walt Disney.

Drew McLellan at the suggestion of CK has compiled his excellent series “Marketing Lessons from Walt” into a free PDF ebook. From the intro:

While vacationing with my family at Walt Disney World, I decided that I was going to capture some of the marketing genius that I believe began with Walt’s passion and has now grown into one of the world’s most powerful brands.

I have long believed that Walt Disney’s genius was not animation or theme park design, but in truly understanding the human heart. Somehow, in the midst of ROI, measurability, counting clicks and studies that can track a person’s eye movements to see what part of an ad captures their attention first — we have forgotten that marketing and branding is ultimately about wooing and winning someone’s heart.

I thoroughly enjoyed the series when it appeared on Drew’s blog and highly recommend the ebook version. Drew does an awesome job of capturing the essence of fun and wonder that makes the vision of Disney such a draw. In part one I introduced the basic concept of the video white paper, and in part two, I covered the details and benefits. The central idea is to use the methodology for writing and developing good white papers and applying it to online video. So now let’s look at getting started.

END_OF_DOCUMENT_TOKEN_TO_BE_REPLACED

In part one, I introduced this video white paper idea, and pointed out a terrific resource for learning more about white papers in general. Now we can move on to…

What is a Video White Paper?

A few years ago, I began taking the concepts used in developing white papers for clients and applying them to video-based presentations. Not really canned slide-shows, not really product demos, and not just sales presentations, but a mix of the three. I started calling them video white papers, because like a good white paper, they focused on the audience and their issues, not the authors and all the amazing benefits they have to offer. My goal was to provide an alternative to a typical presentation and demo.